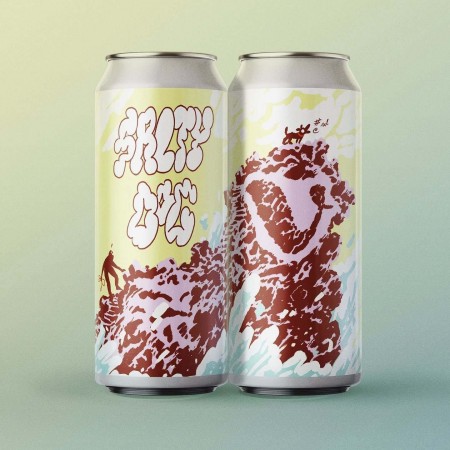 Vessel Beer has been established to release an ongoing series of one-off beers in styles outside of the Belgian-inspired brands that Nonsuch is known for, with each of them featuring a label designed by a different visual artist.

The project will be officially launching on Friday June 12th with the release of Salty Dog (5.5% abv), a salted American pale ale which was inspired by “the cocktail of the same name made with vodka, grapefruit juice, and a salt-rimmed glass.”

Artwork for Salty Dog has been created by Nick Luchak, a local animator, illustrator and designer known for his work as Area Man Studio. 10 cents from every can sold will go to Luchak, a payment model that will be in place for all Vessel Beer releases.

Salty Dog will be releaseed in a run of 6,600 473 ml cans, and will be available at Nonsuch, Liquor Marts, and other select beer vendors. For more details, see the Vessel Beer website.