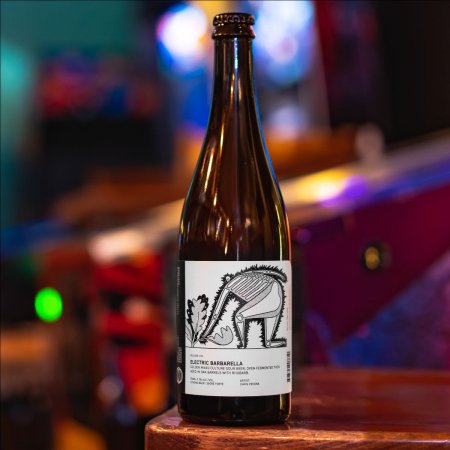 It was fermented in an open tank with our house mixed culture, spent 6 months in barrels, and then was re-fermented on rhubarb for an additional 8 weeks before being bottle conditioned. The rhubarb character is nuanced and we find it pairs really well with the flavours of a mixed culture fermentation. Adding some tartness and tannin, as well as slight salinity to the beer, and of course, rhubarb flavour that’s hard to resist.

Electric Barbarella is available now in 750 ml bottles at the Establishment retail shop and online store while supplies last.