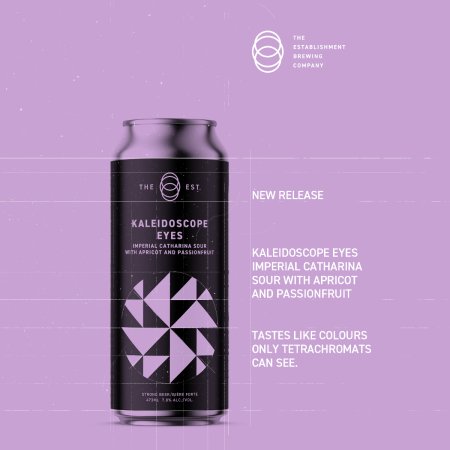 The distinct taste of fruits from opposite sides of the globe kaleid beautifully in the form of this Imperial Catharina Sour. Apricot, meet passionfruit. Passionfruit, meet apricot. Kaleidoscope Eyes, meet everyone. Talk about a powerful fruit punch. Emphasis on the powerful. Emphasis also on the punch – she’ll send you sky-high.

Kaleidoscope Eyes is available now in 473 ml cans at the Establishment retail shop and online store while supplies last.