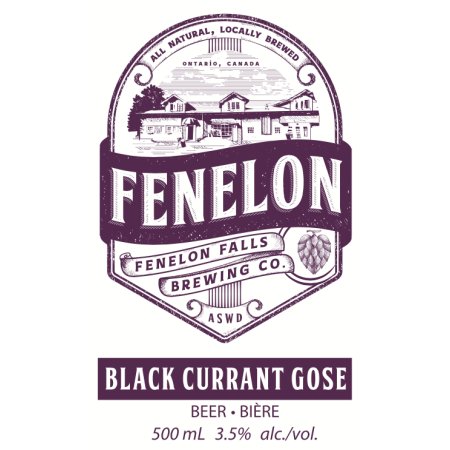 FENELON FALLS, ON – Fenelon Falls Brewing has announced the release of the latest fruited variant of its traditional Gose.

Black Currant Gose will be available tomorrow (August 1st) on tap and in bottles at the brewery.