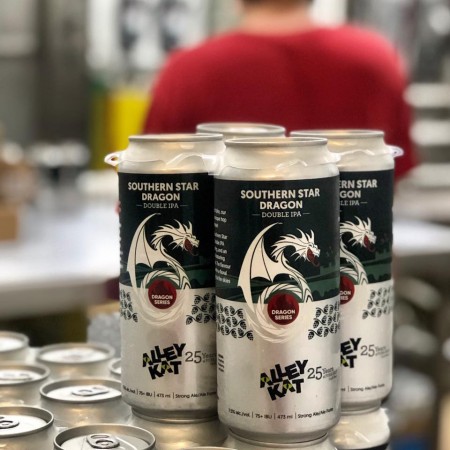 EDMONTON, AB – Alley Kat Brewing has announced the release of the latest installment in its Dragon Series of limited edition Double IPAs.

Hailing from South Africa, Southern Star hops shine bright in this Double IPA by providing crisp, clean bittering and an incredibly complex aroma featuring tangerine, blueberry, and pine. The flavour profile of berry and citrus balanced by floral notes will have you looking to the skies for another pint!

Southern Star Dragon is available in 473 ml cans at the Alley Kat brewery store and select liquor stores in Alberta while supplies last.