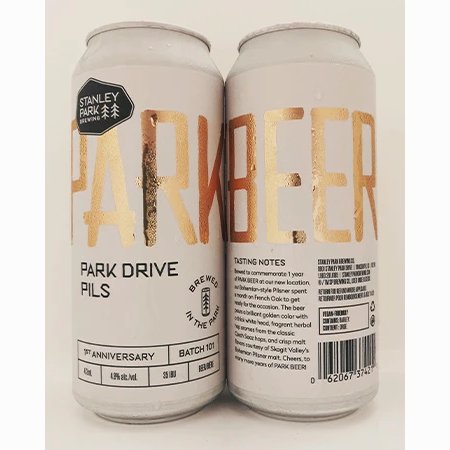 VANCOUVER, BC – Stanley Park Brewing has announced that it is marking the recent 1st anniversary of its restaurant and brewpub in Vancouver’s Stanley Park with the launch of a new Park Beer series of small-batch releases.

Park Drive Pils (4.8% abv) is the first in the series, and is described as follows: