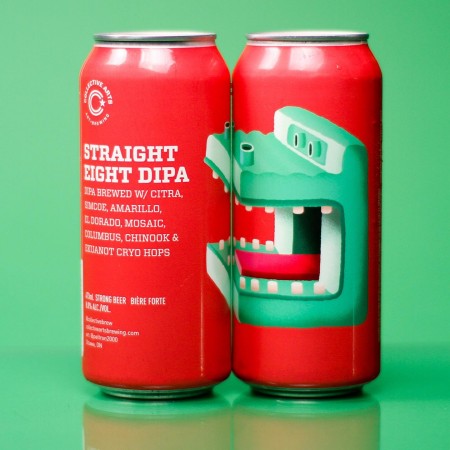 HAMILTON, ON – Collective Arts Brewing has announced the release of its latest limited edition beer.

Our latest local release comes in at a smooth 8% abv, but that’s not the only reason we called it ‘Straight 8’! This juicy hop bomb uses a combination of eight of our favourite hops! Mosaic, Citra, Amarillo, Simcoe, El Dorado, Ekuanot CRYO, Chinook and Columbus get dry hopped at 20g/L. Did your favourite hop make the cut?

Straight Eight DIPA is available now at the Collective Arts retail stores in Hamilton and Toronto, and for delivery orders via the brewery online shop.