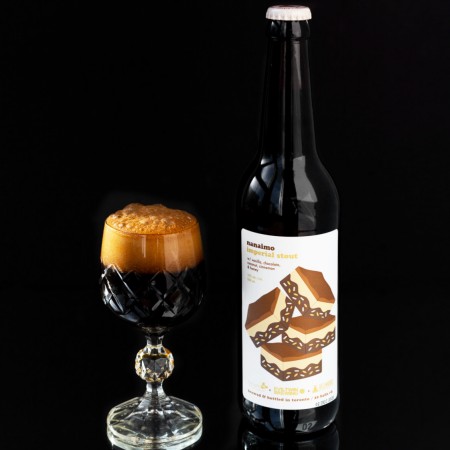 TORONTO, ON – Bellwoods Brewery has announced the latest release in the Redux Series, a label under which the brewery will “revisit a curated selection of beers we’ve brewed in collaboration before – highlighting some favourites from the past few years, and in many cases, recreating these styles at Bellwoods for the first time.”

Nanaimo Imperial Stout (10% abv) was created in collaboration with Trillium Brewing and Evil Twin Brewing, and is described as follows:

Nanaimo is an Imperial Stout full of all the decadent ingredients that make Nanaimo bars a tantalizing, nostalgic Canadian favourite. Upon the foundation of a rich and chewy stout we layer flavours of toasted coconut, dark chocolate, vanilla, honey, and a subtle kick of cinnamon.

Nanaimo Imperial Stout is available now at both Bellwoods retail stores and the brewery’s online shop while supplies last.