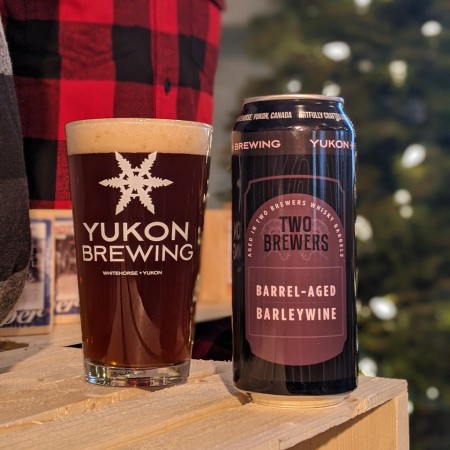 WHITEHORSE, YK – Yukon Brewing has announced the release of a new seasonal ale that has been aged in barrels from it’s sibling distillery.

This rich malt-forward barley wine was aged for 7 months in Two Brewers Whisky barrels. As it is a barley wine it comes in at 12%ABV, however, it is dangerously smooth for the percentage. The barrel gave the beer the perfect amount of influence. It has notes of caramel & dark fruit, an assertive bitterness and hints of oak and maple syrup with a warming finish. This is a great beer to share with those closest to you during the holidays.