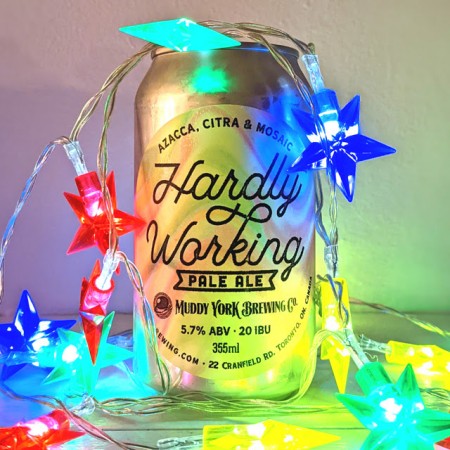 TORONTO, ON – Muddy York Brewing has announced the release of a latest version of an easy-drinking hazy pale ale.

Introducing a new Hardly Working Pale Ale, a lighter riff on our Working Hard NEIPA and Working Twice as Hard DIPA series. It’s hazy and juicy with big tropical flavours like its siblings, but at 5.7% ABV and 20 IBU, this New England Pale Ale is a real crusher. This one is hopped with Azacca, Citra and Mosaic.