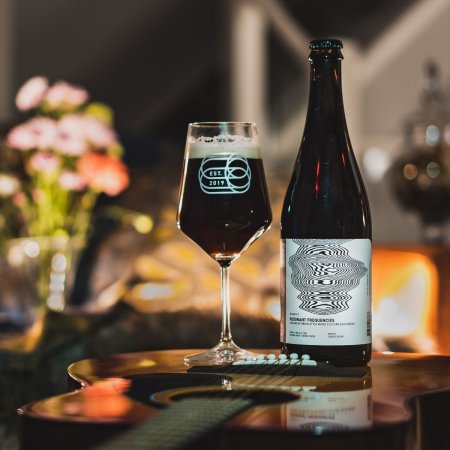 CALGARY, AB – The Establishment Brewing Company has announced the release of “a blend of Bruin style mixed culture sour beers.”

When we blend our barrels, we always look for flavours and aromas that play nicely together. What we don’t always do is opt for this unexpected of a mashup. Every body (of mass) has a natural frequency, and whatever it is, is a beautiful thing. Where it can get dicey is through the introduction of elements whose frequencies may compete or clash with each other. The other side of the cymbal is where incongruous elements resonate into a harmonious whole that’s a whole lot greater than the sum of its parts.

This beer lands on that side of the cymbal. It’s a dark mixed culture sour, it’s also evidence that particular string quartet of words is an oxymoron only in theory. We’ve given the roasty, toasty, chocolatey caramel malt the solo, really letting it shine through some maestro-level manipulation that casts the sour symphony in a supporting role. Yes, getting dark flavours and tart acidity to complement each other can be tricky, but with the right composition it’s more than possible, and this quaffable outpouring is the proof.

Resonant Frequencies is available now at the Establishment retail store and online shop.