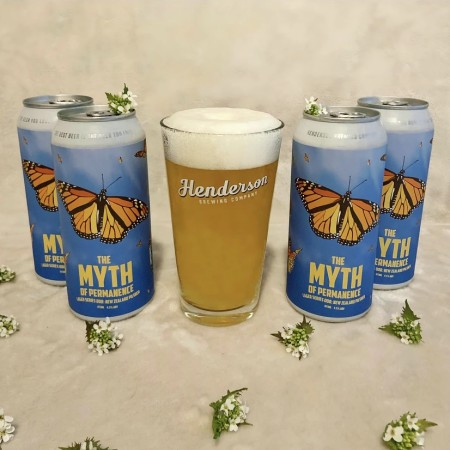 The Myth of Permanence 008: New Zealand Pilsner (4.5% abv) was developed in partnership with local bar and restaurant Betty’s, and is described as follows:

This slightly hazy, golden pilsner has a crisp, light body and is slightly dry hopped to give it that resinous character. Notes of white wine grapes, gooseberries, and dank, spicy hops all contribute to a refreshing sip, leaving behind a lingering bitterness.