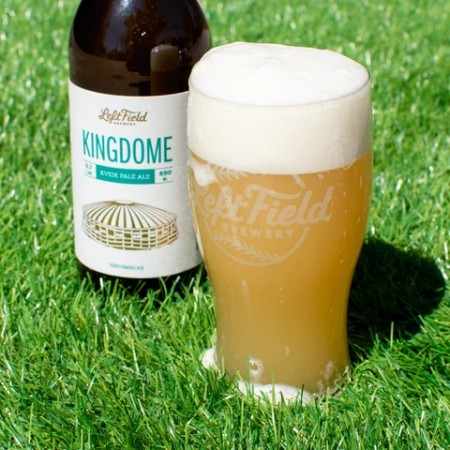 TORONTO, ON – Left Field Brewery has announced the release of its latest limited edition foeder-fermented beer.

Like its namesake ballpark, Kingdome Kveik Pale Ale is well-rounded – both in flavour and body. Unlike its (very loud) namesake ballpark, this pale ale is restrained, the Kveik yeast lending a rustic quality and an extremely easy-drinking and refreshing palate. An aroma of passionfruit plays lead-off to flavours of lemongrass and white pepper, tempered by a short stay in the oak foeder. We’re glad to have this one in a bottle, because you’ll want a big glass!