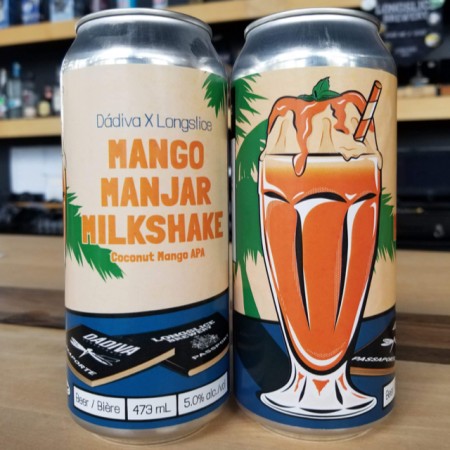 TORONTO, ON – Longslice Brewery has announced that it will be livestreaming a long-distance collaboration brew day with Cervejaria Dádiva in São Paulo, Brazil.

The two breweries were introduced to each other by Guto Procopio, owner of São Paulo craft beer bar Let’s Beer, and have come together “to create a new recipe steeped in strong tropical flavours designed to excite the most discerning beer connoisseur.”

The result is Mango Manjar Milkshake (5% abv), a coconut mango APA that the breweries will be simultaneously brewing tomorrow (May 12th).

In addition to staying in touch with each other online during the brewing session, Longslice and Dádiva will be livestreaming via the Longslice Instagram page starting at 12:00 noon Eastern, and are inviting “beer lovers from around the world to watch and learn about the brewing process.”

Mango Manjar Milkshake is expected to be released by both Longslice and Dádiva in early June.