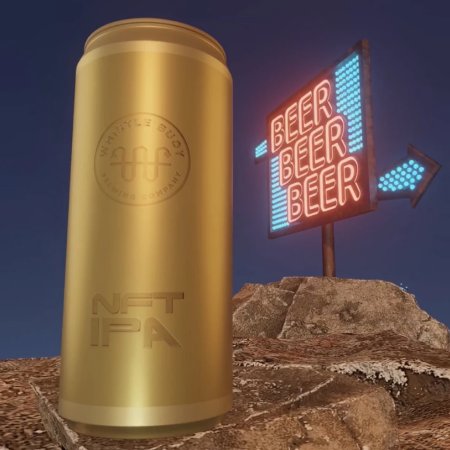 VICTORIA, BC – Whistle Buoy Brewing has announced the release of what it believes to be “the first crypto beer produced in Canada, and perhaps the world.”

NFT IPA is a one of a kind piece of digital art on the blockchain that is available on auction right now. It was created by our very talented friend and local Victoria multimedia artist Ryan Steele and can be bid on here on OpenSea.

NFT IPA is also an IPA hopped with Nelson, Flex, and Trident hops. It is a limited release beer of which we’ve made only 250 cans. The 32 oz gold cans are all numbered by hand, so you’ll know which one you collected. The winning bid of the NFT artwork will receive the first ever can (#1 of 250), and of course, the 1 of 1 spectacular sci-fi art to go along with it.

The limited edition cans of NFT IPA can be ordered now via the Whistle Buoy website, and it’s also available on tap at the brewery while supplies last.