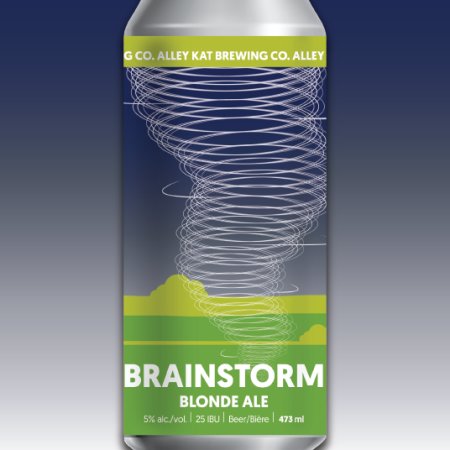 Brainstorm Blonde Ale (5% abv) has been released in partnership with The Blue Chair restaurant and Infinity Healthcare, with $1 from every 4-pack sold going to the Brain Care Centre, a non-profit organization that provides “programs and services to adults who have sustained acquired brain injuries, and their support systems”.