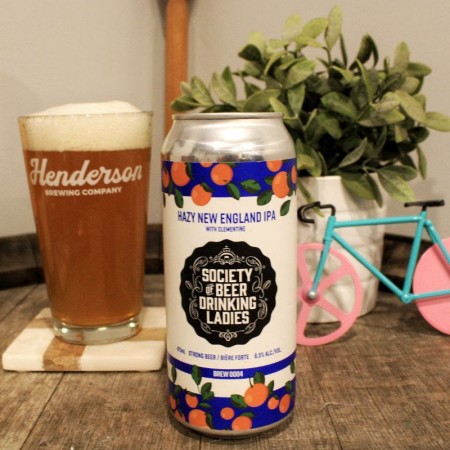 TORONTO, ON – Henderson Brewing and the Society of Beer Drinking Ladies (SOBDL) have announced the return of a popular previous release in their series of collaborative beers.

We came out with this citrus forward, hazy IPA back in the fall of 2020, but even 9 months later, we were thirsty for more! The first sip leads with tangerine, coconut and vanilla – balanced by a medium hop bitterness and drying pithy citrus peel. This creamy IPA leaves a clean, slightly bitter finish that will keep you refreshed and your mouth full of flavour.

Brew 0004 is available now at the Henderson Brewing retail shop and online store.