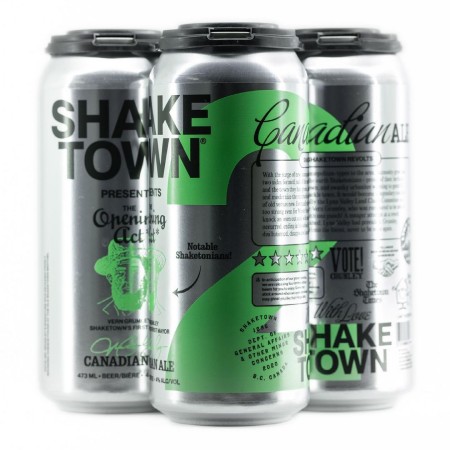 NORTH VANCOUVER, BC – Shaketown Brewing has announced the release of the second in the Opening Act series of beers that it is having produced at Settlement Brewing in advance of the opening of its own location later this year.

Inspired by the formative, booming, dare we say ‘Golden’ age of Canadian Brewing in the 1960s – 1980s (think Labatt 50, Molson Golden and O’Keefe of yesteryear). We think of this beer as a Canadian style ale and our approach was to create a light ale having the approachability and drinkability of a craft-brewed pale lager. This pale hued ale has a combination of malt sweetness, peach, ripe apple, and hop floral perfume on the nose. The malt sweetness continues on, added with a lingering hint of pine, a smooth mouth feel, a light acidity, and crisp finish.