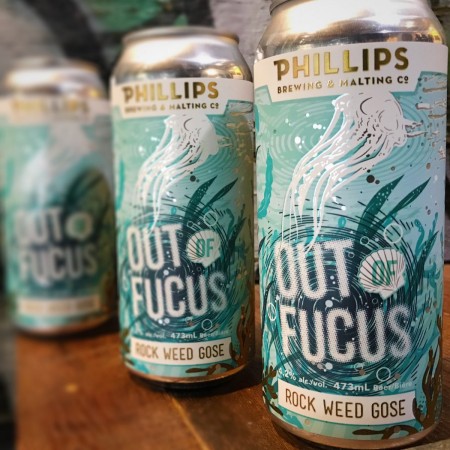 VICTORIA, BC – Phillips Brewing has announced the return of a limited edition beer with a unique ingredient.

Out of Fucus Rock Weed Gose (4.3% abv) is described as follows:

A genus of golden rock weed, fucus [Fyoo-kuhs] is a common feature near rocky seashores, especially near the brewery here on Vancouver Island. Taking inspiration from the seascapes nearby, this refreshingly crisp sour uses sea salt alongside rockweed for a completely unique approach to the classic gose style. The fucus compliments the lightly spiced citrus forward gose base of this beer. This sea kissed sour balances a subtle salinity that sparkles on the surface of a pleasantly sour ale.

Out of Fucus is available now at the Phillips retail store and online shop, and select private liquor stores in BC and Alberta.