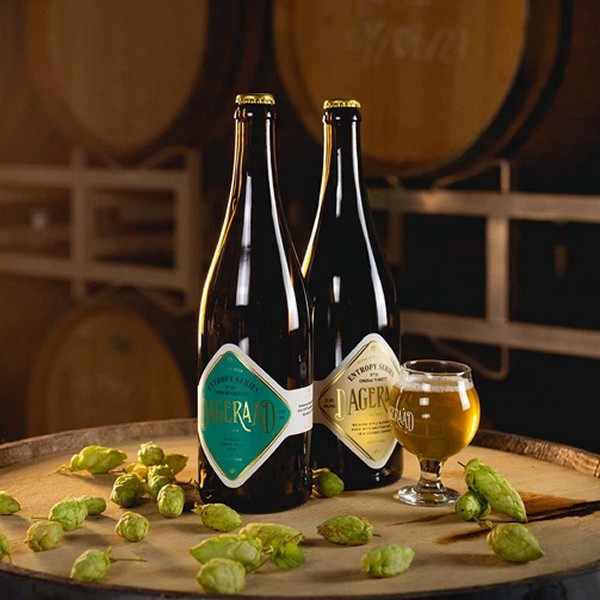 BURNABY, BC – Dageraad Brewing has announced the release of two new editions in its Entropy Series of limited edition barrel-aged beers.

This is a blend of Blonde and Burnabarian, both aged in red wine barrels with a mixed culture of brettanomyces and acid-producing bacteria for 21 months and 20 months, respectively. We blended those beer with fresh Field Theory saison, and bottle aged the blend for several months more. The result is a bright and herbal, but funky and complex beer that begs you to somehow examine it and crush it at the same time.

This beer was aged 25 months in a 350 litre cognac barrel with brettanomyces claussenii, and then bottle aged for several months. Through the miraculous processes of brett fermentation and leeching cognac from the staves, we’ve made the strongest beer we’ve ever created. That wasn’t what we set out to do, but it’s what happened. We also achieved what we were trying to do, which is create a magnificent combination of Belgian-style ale and cognac.

Both beers are available now at the Dageraad retail store and online shop.