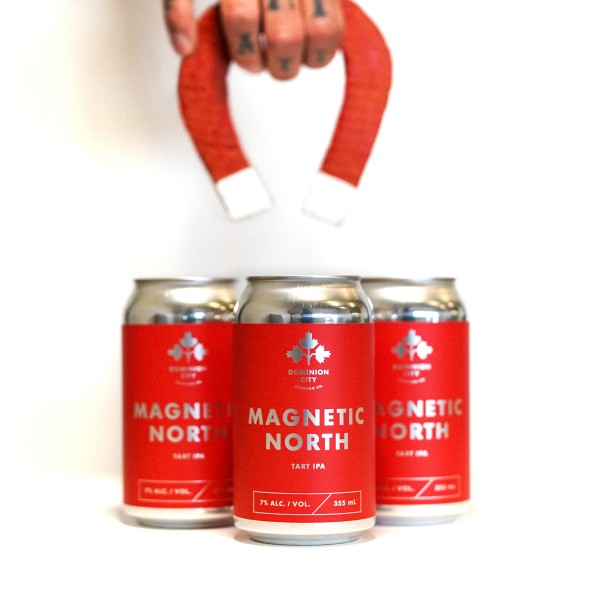 OTTAWA, ON – Dominion City Brewing has announced the release of a new beer in partnership with Escarpment Labs.

Magnetic North Tart IPA (7% abv) was hopped with Amarillo, Citra, and Mosaic Cryo Hops, and is described as being “tangy, hop forward and expressive.”

Magnetic North is available now at the Dominion City retail store and online shop. A portion of the proceeds will go to support the Gloucester Emergency Food Cupboard.