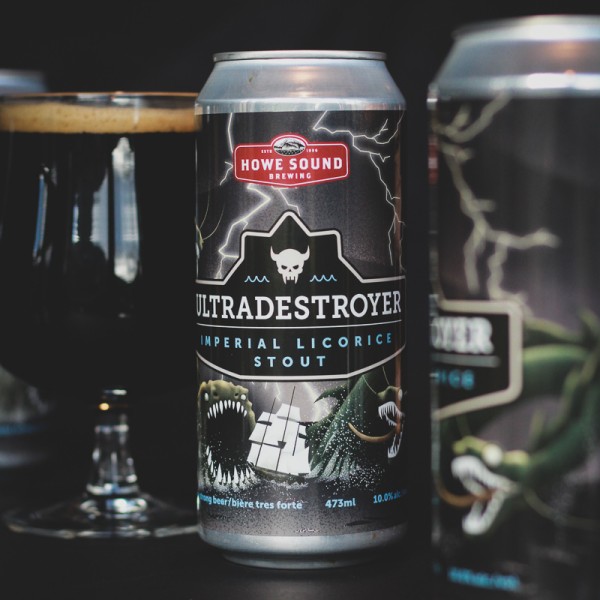 SQUAMISH, BC – Howe Sound Brewing has announced that a fan-favourite fall seasonal is about to return for its annual visit, but under a new name.

Ultradestroyer Imperial Licorice Stout (10% abv) – previously known as Megadestroyer – is brewed with blackstrap molasses and star anise, and has the following backstory:

Megadestroyer was first brewed in 2010 as a collaboration with the Alibi Room and Ken Diamond from Megadestroyer Clothing for the Alibi Room’s 200th Beer List Celebration, but has outgrown its origins with the Beastly Imperial Licorice Stout developing a cult following of its own. Now, the time has come to give this legendary beer the name it deserves and mighty enough to stand up to its strength. Enter ULTRADESTROYER. Rest assured, we have made no changes to the recipe and you can expect the same strong beer that fans and craft beer drinkers have come to know and respect over the last 10 years.