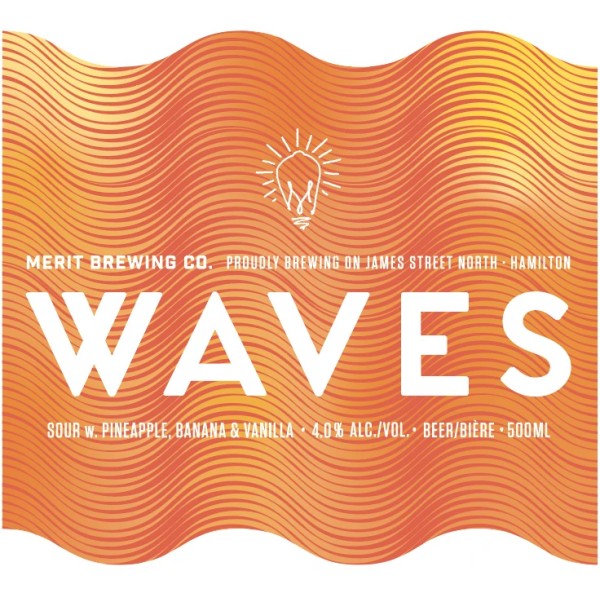 HAMILTON, ON – MERIT Brewing has announced the release of the latest in its Waves series of flavoured sour ales.

Tropical flavours abound as Waves makes its triumphant return. This time, our brewers infused the rich, tropical combination of pineapple, banana and vanilla into our fruited sour series.

The new Waves can be pre-ordered now via the MERIT web store, and will be in stock at the brewery retail shop starting tomorrow (Friday November 19th) while supplies last.