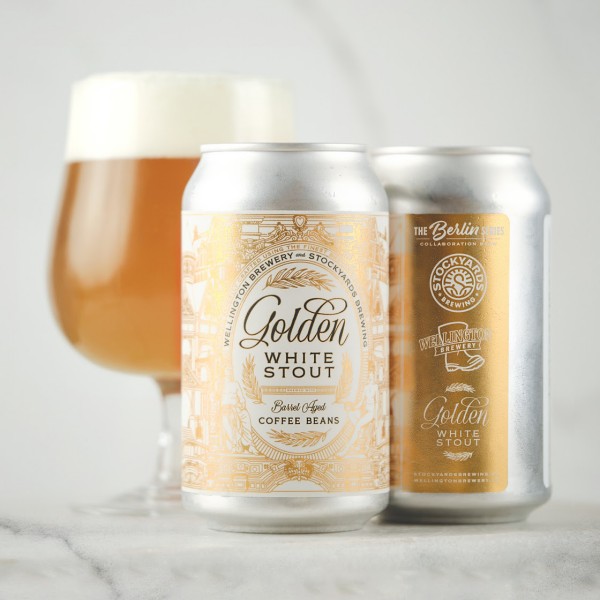 KITCHENER, ON – Stockyards Brewing has announced the release of a collaboration with Wellington Brewery.

We won’t lie, this one’s gonna throw you for a loop. Combining the looks of a golden ale with the flavours of a hearty stout, we used our freshly roasted barrel aged coffee beans and decadent cocoa nibs to craft this rich yet balanced and highly crushable brew. An instant winter classic, you’re gonna want to grab a bunch of these for the holidays.