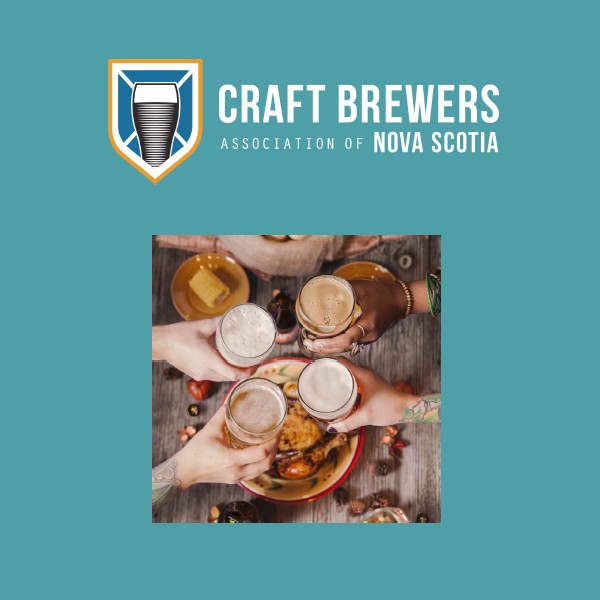 HALIFAX, NS – The Craft Brewers Association of Nova Scotia (CBANS) has announced the release of its Craft Beer Annual Report for 2021, a year in which it says the industry “has grown rapidly due to strong consumer demand”, but also faces “growing challenges and a concern that the government and regulators do not appear to be listening.”

The growth is highlighted in the announcement as follows:

By the numbers, NS Craft Beer has become an impressive local industry with over 70 independent breweries operating in every area of the province. Despite nearly two full years of pandemic conditions, local producers continue to invigorate small towns, retain younger workers and create tourist destinations. There are currently more than 1150 skilled, talented and diverse workers in this industry. In jobs per litre produced, that’s more 35 times the number of a multinational brewery when it produces in-province. In fact, nearly 20% of all provincial beer sales are crafted locally, with steady double-digit growth in a category otherwise declining.

“Today’s craft brewer is in the production, retail, hospitality and community events business, and they come in all shapes and sizes,” says Brian Titus, President of CBANS, in a statement. “They spread their economic impact to every corner of the province and the one thing that connects them is a passion to create great craft beers that can be called Proudly Nova Scotian.”

Despite this success, the announcement also warns that a combination of “out-dated government regulations and punitive new rules,” including the “highest government mark-ups and lowest production limits on local producers nationally,” are making the province “an increasingly inhospitable place for craft alcohol producers.”

“The local industry has really exploded, particularly over the past decade, yet government refuses to even discuss ways to accommodate and support this,” says Debbi MacDonald, Executive Director of CBANS. “We’ve been warning about trouble for years, and it would be a shame to see such an important part of the economy stall out due to bureaucratic red-tape and an unwillingness to evolve the regulations.”

For more details, see the full Annual Report on the CBANS website.