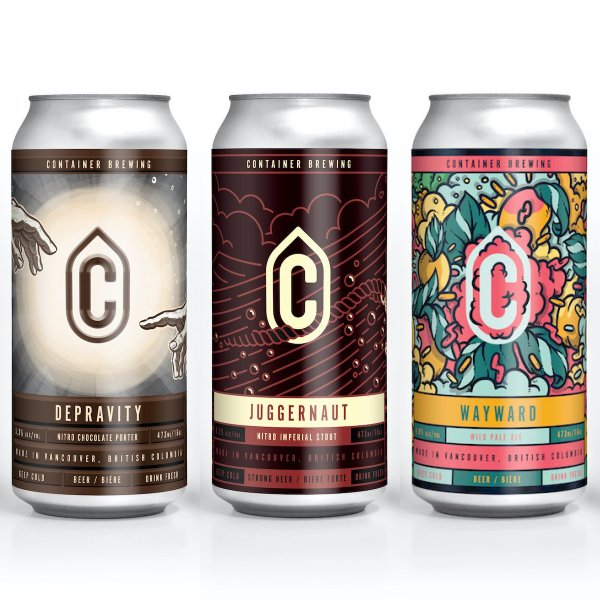 VANCOUVER, BC – Container Brewing has announced the release of a trio of new and returning beers.

Indulge in this rich and creamy collaboration of chocolate and nitrogen infused dark beer. Featuring delicate notes of caramel and vanilla with hints of dried fruit.

Wow, has it been a year since this beauty was available? Yup, it has. What year it’s been! Worth having a few of these to reflect on it. This Nitro Imperial Stout has deep roasty and chocolatey notes with a nitrogen charge to make it incredibly smooth and sessionable.

Let’s get wild and crazy! Another one returns after too long a time away; Wayward is back! This is a fun beer, the easy drinking aspects of a pale ale, but it’s also got so much going on; layers of complexity of flavours. So good! No wonder it sold out so quickly last year.

All three beers will be released tomorrow (Wednesday February 10th) at the Container retail store and online shop.