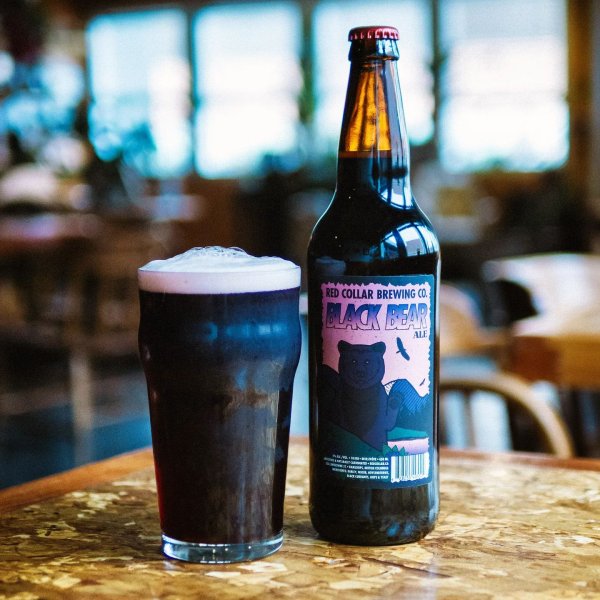 KAMLOOPS, BC – Red Collar Brewing has announced the release of a beer that has roots in the early days of British Columbia’s craft brewing industry.

Black Bear Ale (5% abv) is a revival of a one of the most popular beers from Bear Brewing, a brewery that Red Collar owner David Beardsell operated in Kamloops in the late ’90s and early ’00s. It’s described as follows:

Black Bear is a dark ale made with black currants and boysenberries. It is both roasty and fruity, making it enjoyable for any season. Please note that this was a first attempt at a recreation of a recipe that hasn’t been made by David in 20 years, it may not be 100% the same as you remember! We hope this beer is enjoyed by Black Bear veterans and newbies alike!