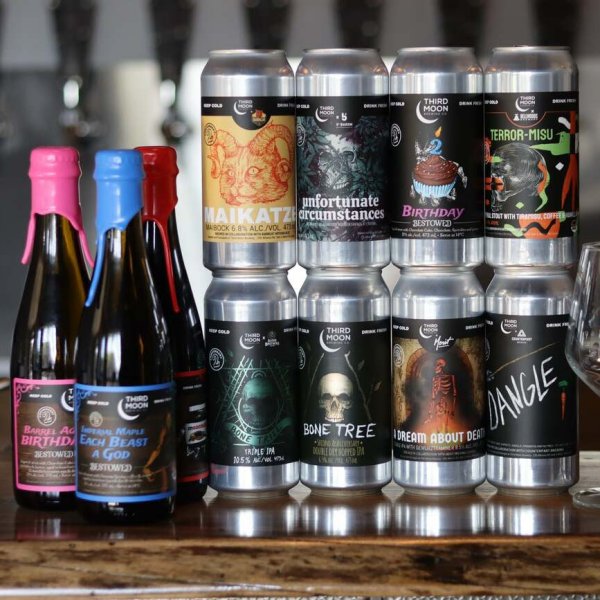 MILTON, ON – Third Moon Brewing has announced details of 11 new beers that are being released today to mark the brewery’s 2nd anniversary.

A Dream About Death Double IPA with Gewurztraminer (8.5% abv) – collaboration with MERIT Brewing

All  of the beers will be available to order today (May 12th) at 12:00 noon via the Third Moon website, with in-person retail sales starting at 3:00 PM at the brewery.

They will also be pouring during the 2nd anniversary celebrations taking place at the brewery this weekend – Friday and Saturday from 12:00 noon to 11:00 PM, Sunday from 11:00 AM to 5:00 PM – and food will be available from The Gator’s Tail food truck.