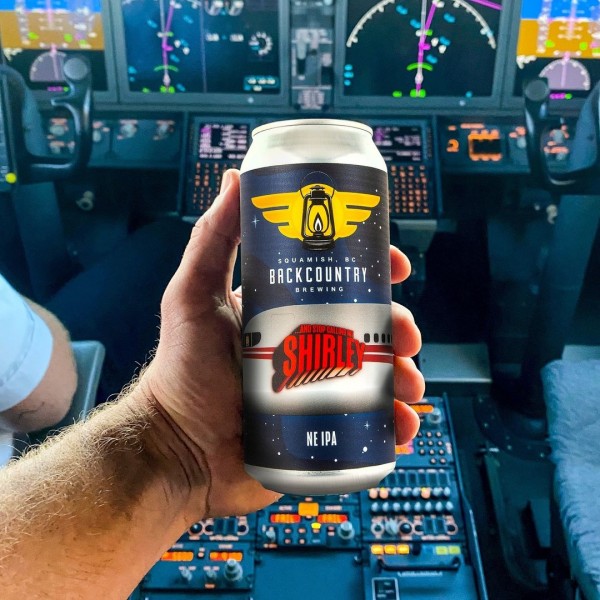 SQUAMISH, BC – Backcountry Brewing has announced the release of the third in a series of beers inspired by a classic comedy film.

…And Stop Calling Me Shirley is a continuation of two previous beers “Don’t Call Me Shirley” and “Surely You Can’t Be Serious”. We used 4 of our favourite hops Nelson, Galaxy, Citra, and Mosaic combining to make a tropical hazy bomb. With notes of Citrus, Grapes, and Pineapple this IPA has a soft mouthfeel and light bitterness.

…And Stop Calling Me Shirley is available now at Backcountry, and soon at select private beer retailers in British Columbia.