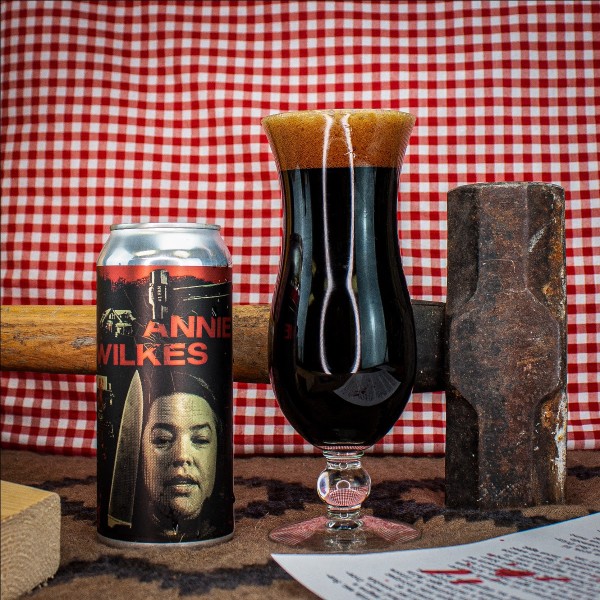 TORONTO, ON – Blood Brothers Brewing has announced the release of the latest in a series of barrel-aged beers named after classic villains of cinema.

This imperial stout blend was aged between 12-26 months in first-use Buffalo Trace barrels and brewed with no adjuncts, letting the full flavour of the oak barrels shine. The resulting brew is full bodied and semi-sweet, balancing nicely with an abundance of roasted malts, notes of vanilla, caramel and chocolate and graced with a slight touch of heat from the bourbon barrels.

Annie Wilkes is available now at the Blood Brothers taproom and online shop.