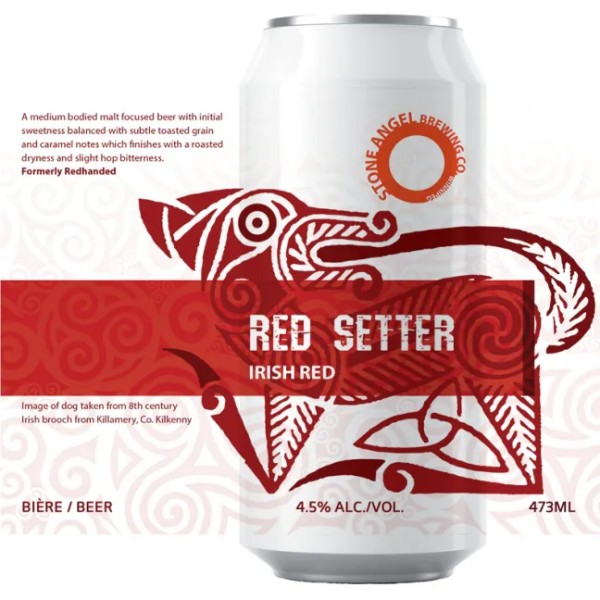 WINNIPEG, MB – Stone Angel Brewing has revealed the new name and logo for one of its flagship brands.

Red Setter Irish Red Ale (4.5% abv) was previously known as Redhanded until the brewery was made aware of the similarity of its label to a symbol used to commemorate missing and murdered Indigenous women and girls (MMIWG).

As explained in a blog post about the new branding, the original release of the beer in 2015 was simply called Irish Red Ale and featured a Red Setter dog on the label.

Taking that as inspiration, the brewery looked through various Irish history sources and found an image of a dog on a 9th century Irish brooch that was reimagined for a series of Irish postage stamps from the late ’60s to early ’80s. A design described as “midway between the brooch and the postage stamp” was created for the new label.

The new name and new look cans will be available soon, and will replace the Redhanded cans as remaining stock is sold.