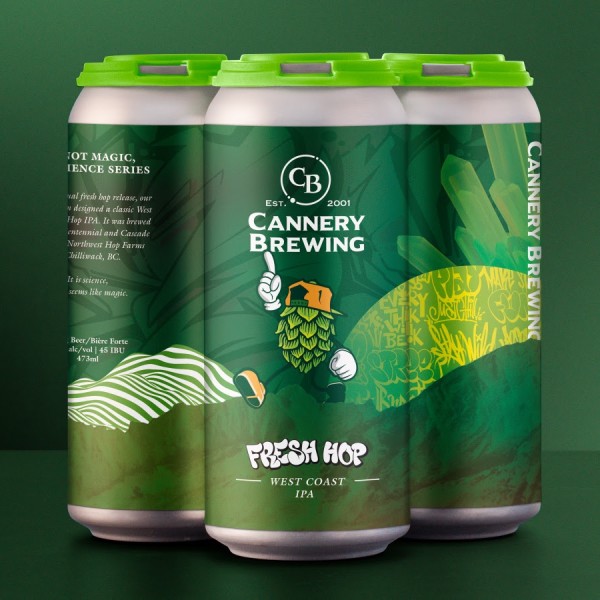 Hop harvests happen just once a year in the fall. This year, for our annual fresh hop release, our brewing team designed a classic West Coast Fresh Hop IPA. It was brewed with fresh Centennial and Cascade hops from Northwest Hops Farms in Chilliwack, BC. To maximize the quality of those delicious fresh hops, they were picked and delivered to us the morning of September 7th, and the beer was brewed that afternoon.

Fresh Hop West Coast IPA will be officially launched tomorrow (September 27th) at Cannery, and it will be available soon at select beer retailers in British Columbia and Alberta.