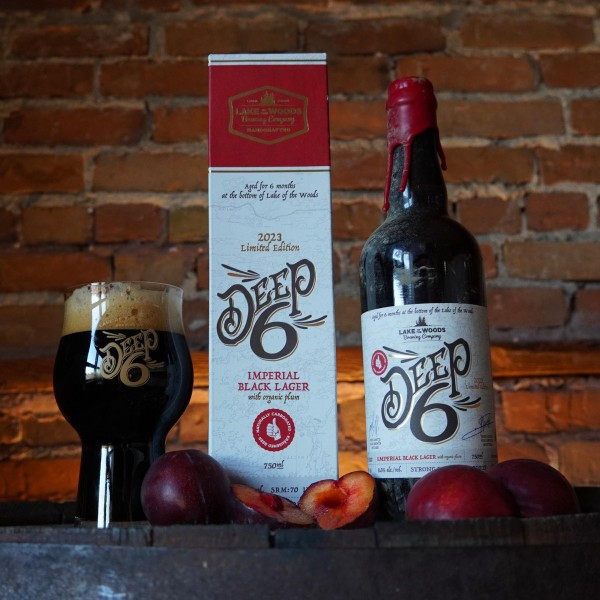 KENORA, ON & WINNIPEG, MB – Lake of the Woods Brewing has announced the latest in an annual series of beers that undergo a unique cold aging process before being released.

The Deep 6 project sees a new beer sunk into the brewery’s namesake lake each autumn, and cold conditioned for six months under 20 feet of ice in water with temperatures ranging between 4° and 10° Celsius.

Deep 6 Imperial Black Lager with Organic Plum will be released in summer 2023 in a limited edition of 3300 x 750 ml bottles – 2000 at the original Lake of the Woods brewpub in Kenora, and 1300 for the Winnipeg location. It can be pre-ordered now via the Deep 6 website.