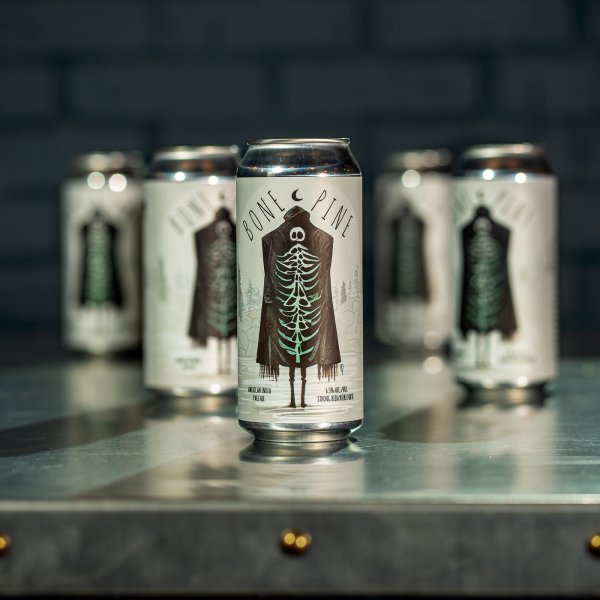 Bone Pine India Pale Ale is inspired by Terry and Emma, two Beertown regulars, and their love for two resident Beertown brews: Lone Pine IPA by Sawdust City Brewing and Bone Tree New England IPA by Third Moon Brewing. It was a photo posted to Terry’s Instagram feed in the summer of 2022 that caught the eye of Beertown’s Beverage Director and spurred the conversation on about bringing the two beers together into one glass at Beertown.

The Beertown team, Terry and Emma, and representatives from both breweries made the pilgrimage to Sawdust City to have a hands-on experience with brewing Bone Pine together, and Beertown’s very own Marketing department contributed the artwork and label design. What started as a simple Instagram post by two loyal regulars, turned into a kinship that brought Ontario brewers, beer lovers and creatives together to flex their creativity in a special collaboration kickstarted by Beertown Public House.

Bone Pine IPA is available now on tap at all Beertown locations, and in cans at the Sawdust City retail store and online shop. The second part of the collaboration, Lone Tree IPA, will be brewed soon at Third Moon.