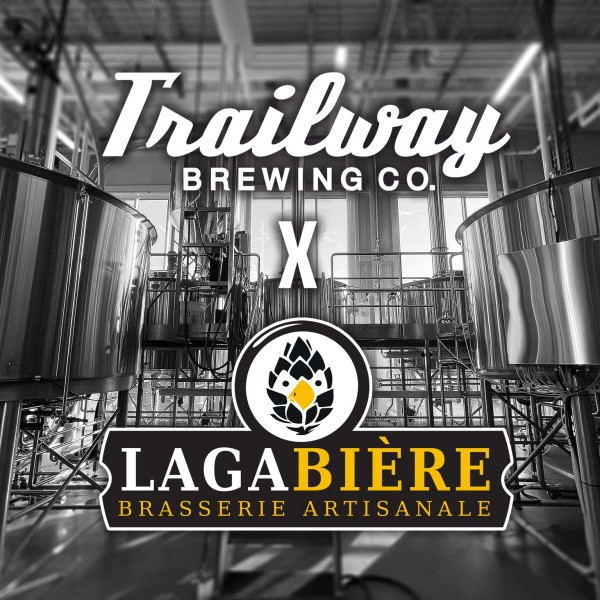 FREDERICTON, NB & SAINT-JEAN-SUR-RICHELIEU, QC – Trailway Brewing has announced that it has entered into a partnership with Microbrasserie Lagabière that will see the latter brewery producing and distributing Trailway beers in Quebec.

As you know, since the inception of Trailway, we have strived to improve our distribution to reach as many beer enthusiasts as possible. Offering our products to our Quebec neighbours has always been a wish of ours. It is a diverse, exciting, and educated market like our own, but also very competitive and complex as we have learned in the past.

Today, we are extremely excited to announce we have found a solution through our good friends at Lagabiere. A new partnership that will guarantee the best quality and FRESH Trailway product brewed locally at their new state-of-the-art facilities in Saint-Jean-sur-Richelieu, Quebec, and distributed at your favourite retailers across Quebec. Combined with their excellent commercial team behind the scenes, this decision was all too easy. This partnership deepens a longstanding friendship, where brewery values and cultures align beautifully!

Further details on which Trailway beers will be brewed at Lagabière and where they will be available are expected to be announced in coming weeks.