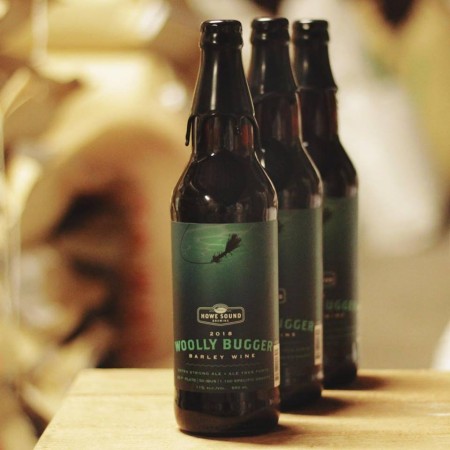 SQUAMISH, BC – Howe Sound Brewing has announced the release of this year’s vintage of its multiple award-winning winter seasonal.

Coming in 2nd Place at this years BC Beer Awards our Woolly Bugger is a delicious Barley Wine with intense, rich flavours of plum, raisin and treacle. Each bomber is personally wax dipped so it can be cellared because it only gets better with age.