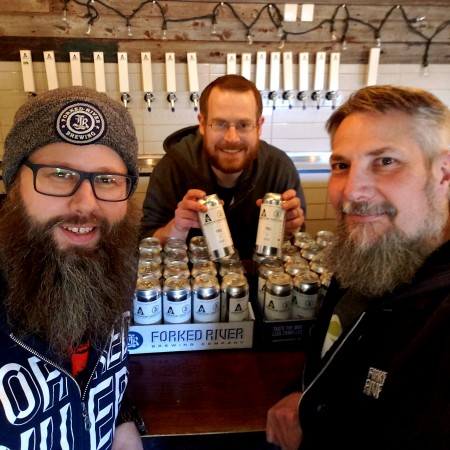 LONDON, ON – Forked River Brewing has announced the release of a new beer brewed in collaboration with follow London brewery Anderson Craft Ales.

YXU (5% abv) is an ale named after the code for London International Airport, and was brewed with hops from nearby VQH Farms. It’s described as follows:

YXU is a wonderfully unusual beer! With a malt bill consisting of 40% oat flakes and brewed with English yeast, it has a rich, full-bodied character while retaining a light, citrusy flavour. Bready and cereal malt flavours and aromas dominate at first, yielding quickly to a light citrus and slight pine hop character. After that, all kinds of fruity notes linger… I’m not sure why I can taste strawberry, but it’s in there! What also lingers is the head on this one – the creamy and off white foam lasts forever.

YXU is available now in 473 ml cans at the Forked River retail shop and online store while supplies last.