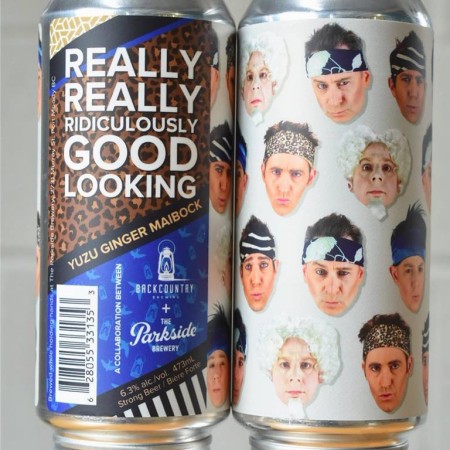 PORT MOODY, BC – Parkside Brewery has announced the release of a new beer brewed in collaboration with Backcountry Brewing.

Really Really Ridiculously Good Looking Yuzu Ginger Maibock (6.3% abv) is inspired by a classic comedy film, and is described as a “big, full-bodied lager [that] has bright hits of ginger on the nose followed by a balanced lemon citrus to finish.”

Really Really Ridiculously Good Looking is available now on tap and in 473 ml cans at Parkside, and will be on the shelves at select private liquor stores next week.