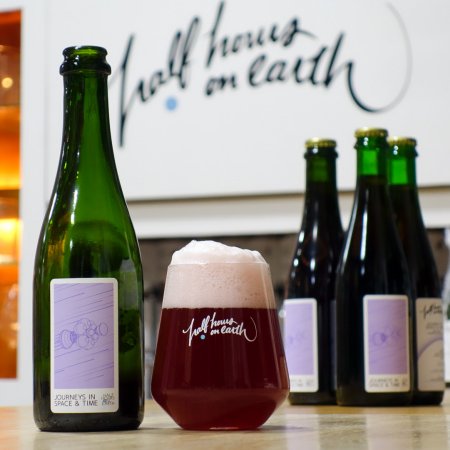 SEAFORTH, ON – Half Hours on Earth has announced the release of two new beers, as well as the return of a third.

Journeys in Space & Time (7.5% abv) is a sour farmhouse ale that was fermented and aged in an oak barrel, and then refermented in a stainless steel tank on top of saskatoon berries and merlot wine must. The result is described as follows:

The beer pours a deep reddish purple, with a light pinkish fluffy head. The nose is all ripe berries with a fresh floral note. Flavours of the saskatoon berries throughout, which is reminiscent of amplified blueberries. More flavours of red wine, oak, plum, cherry, earth & funk. Extraordinary dryness with a mild balancing tartness makes this one of our most enjoyable oak aged beers to date. 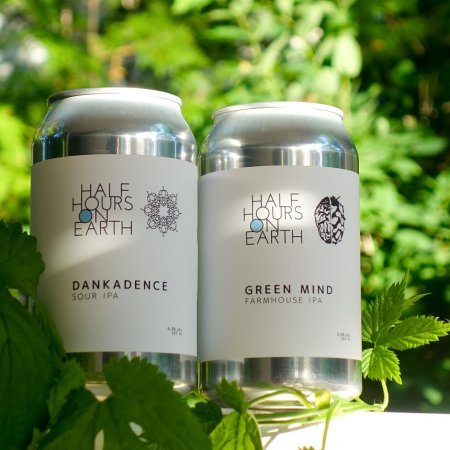 Dankadence (6.3% abv) is the latest in HHOE’s Sour IPA series, in which they have “combined a decadent vanilla & lime dessert combo with the dankest of hops, intermingling for the most dankadent experience!” It is joined by the return of Green Mind (6.6% abv), an IPA fermented with a Lithuanian Farmhouse yeast called Jovaru.