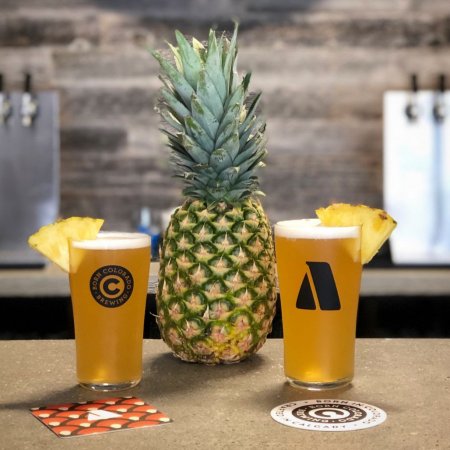 87 Steps Sour Pineapple NEIPA comes from Cabin Brewing and Born Colorado Brewing, and is named after the walking distance between the two breweries. It’s described as follows:

We thought about brewing a fruit beer, or a hazy IPA, or a sour beer, or something a bit sweeter. We couldn’t decide, so decided “to heck with it” and did it all in one beer! 87 Steps is tart, full-bodied, smooth and abounding with pineapple fruit flavours and aromas.

87 Steps is a draught-only release available on tap exclusively at Cabin Brewing while supplies last.