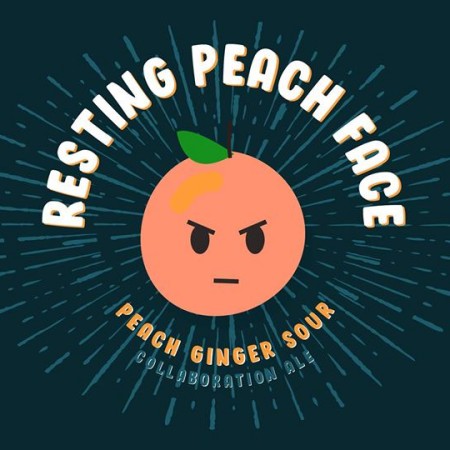 For this beer we wanted to push the flavour envelope so we chose four bold, and very different elements to balance. Our first was process related; kettle souring, where we use lactobacillus to add acidity to the brew. On the malt side, we chose a neutral base with de-bittered roast malt to challenge the palate and add depth. For spice we processed and included whole ginger (just enough, not too much!) and to really make it special we brought in whole peach purée from the west coast.

Resting Peach Face will be launched at 21st Street next Monday July 8th at 5:00 PM. Blindman brewer Derek Bray will be coming in for the launch, and every pint or glass of Resting Peach Face purchased will get an entry into a draw for a prize package that includes one-night stay at the Hotel Senator, a beer dinner for two, and two free growler fills at 21st Street.