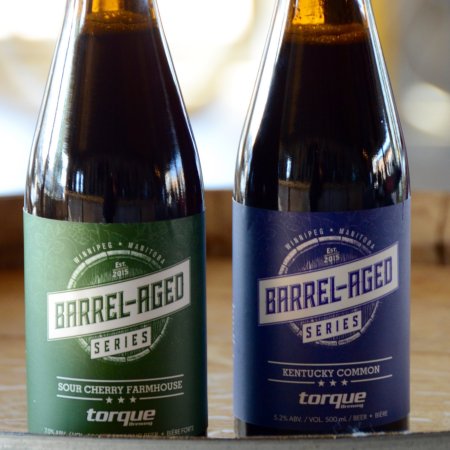 WINNIPEG, MB – Torque Brewing has announced details of two new barrel-aged beers that are being released to mark the brewery’s 3rd anniversary.

Barrel-Aged Kentucky Common (5.2% abv) was aged for six months in a wheated whiskey barrel, and is described as “an easy drinking, malt forward ale with a whiskey kick”.

Both beers will be released on Saturday August 24th at the brewery as part of anniversary celebrations that will be kicking off at 12:00 noon. In addition to the new beers, the day will feature a food truck, candy table, games, and live music.