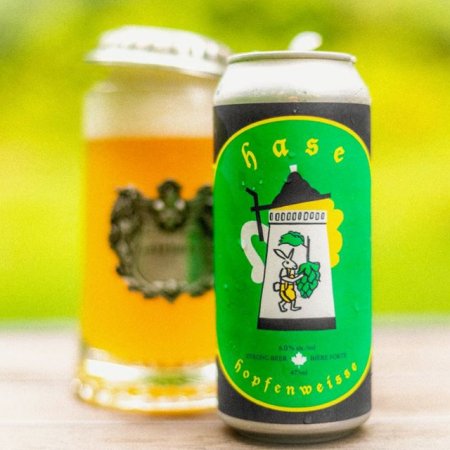 GRAVENHURST, ON – Sawdust City Brewing has announced a beer that brings together old world and new world brewing traditions the 36th of its 52 weekly beer releases for 2019.

Using a traditional German-style wheat beer as the base, we hopped this ale aggressively with new world hops. Aromatic and slightly drier than a typical weissbier, this relatively new hybrid style brings you the best of the old world transitions with a new world twist. The esters and hops play deliciously well together and the end results beg to be sampled.

Hase will be released tomorrow (September 5th) in 473 ml cans at the Sawdust City retail shop and online store.