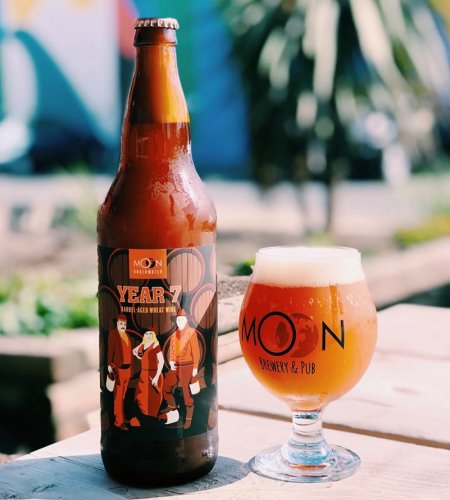 VICTORIA, BC – The Moon Under Water Brewery & Pub has announced the release of its seventh annual anniversary wheat wine.

Brewed at the end of Summer last year and aged in Tawny Port barrels for 12 months, this strong wheat ale is blended with fresh imperial Hefeweizen along with a healthy dose of Citra Hops and Coriander. The Year 7 has a complex, velvety acidity balanced by fresh fruit and citrus notes. Drink one fresh, then pick up an extra bottle to age in your cellar for another year.

Year 7 is available now at the brewery, and on Friday at select local liquor stores.

Source: Bring Your Porter to the Slaughter
Photo: The Moon Under Water Facebook page