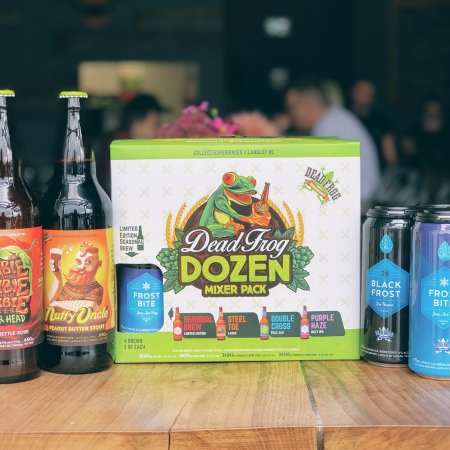 ALDERGROVE, BC – Dead Frog Brewery has announced the release of the latest edition of its rotating sampler package, as well as several seasonal brands for the approaching cooler weather.

All of the new and returning beers were launched at the brewery this past weekend, and will be available there and at select beer retailers in British Columbia through the fall and winter.