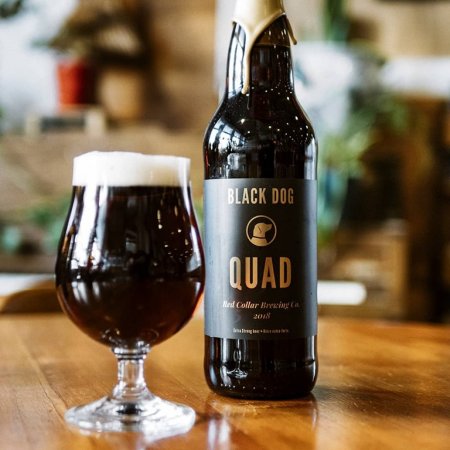 KAMLOOPS, BC – Red Collar Brewing will be marking its 5th anniversary this weekend, and the celebrations will include the release of the fifth vintage of its annual birthday beer.

For the past five years we have brewed the Black Dog Quad as our anniversary beer. This is the last year. Aged in tank and in bottle over the course of a year, this luscious dark Belgian ale was brewed in November of 2018. We recommend inviting this brew to spend some time in your cellar, it will likely be even more delicious in the years to come.

Black Dog Quad is launching today (November 1st) at Red Collar, and will be available in 650 ml bottles and on tap, as well as a special cask version aged on vanilla, maple extract, and oak chips.

The 5th anniversary weekend will also feature a party on Saturday with live music, DJs, and food by Eats Amore; and a three course brunch with beer pairings on Sunday. For more details, see the full announcement on the Red Collar Brewing website.