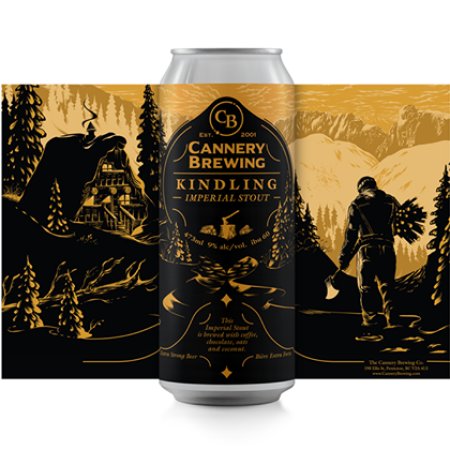 PENTICTON, BC – Cannery Brewing has announced the release of a revamped version of one of its annual winter seasonals.

Kindling Imperial Stout (9% abv) is an update on Kindling Breakfast Stout which was available for the past three winters, and features “a new recipe, a new name, a new package, and a fresh new look.”

It’s made using “fresh and full-bodied Brazilian coffee beans” from Homestead Roastery in Naramata, along with chocolate, oats, and coconut, and features packaging designed by Super Deluxe Creative.

Kindling Imperial Stout will be available soon on tap and in 473 ml cans at Cannery Brewing, with cans also set to be distributed to select private beer retailers in British Columbia.