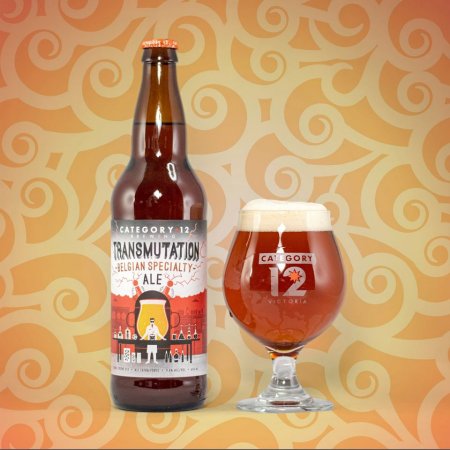 VICTORIA, BC – Category 12 Brewing has announced the sixth annual release of its “signature limited release” beer.

Transmutation (9.6% abv) was born when C12 founder Michael Kuzyk attempted to make a beer similar to Green Flash Brewing Le Freak, which is described as the “convergence of a Belgian-Style Tripel with an American Imperial IPA.”

Tagged by C12 as a “Belgian Specialty Ale”, Transmutation is further described as follows:

An effervescent, slightly sweet Belgian inspired ale with a Northwest hop influence. We feel that some things are simply get better with time, so we’ve cellared this beauty for you in the carefully controlled recesses of our own cellars, shielding this delight from the ravages of temperature variation and our own impulses. The result is a strong, drinkable melding of Belgian body and West Coast character.

Transmutation is now available at Category 12 as well as select private liquor stores in British Columbia.