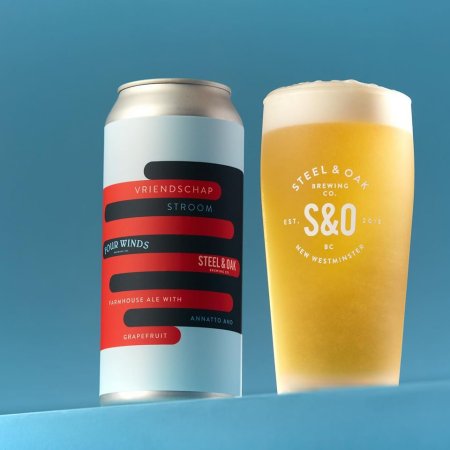 NEW WESTMINSTER, BC – Steel & Oak Brewing has announced the release of a new collaboration with Four Winds Brewing.

Vriendschap Stroom (Flemish for Friendship Stream) – a sequel to their previous collaboration, Freundschafts Fluss (German for Friendship River) – is a Farmhouse Ale described as follows:

Brewed with pilsner malt and triticale flakes we added freshly squeezed pink grapefruit and Annatto seeds for refreshing citrus notes up front followed by a pleasing earthiness and hint of spice on the finish.