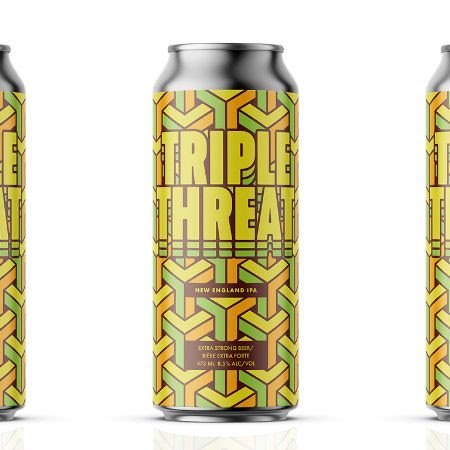 CALGARY, AB – Cabin Brewing has announced the return of its “biggest and most poplar hazy IPA to date!”

We’ve thrown three amazing hops – Sabro, Galaxy and Nelson Sauvin – into one amazing beer. Triple Threat Hazy IPA is the result of someone asking the three Cabin founders during an online QnA what their favourite hop varietal was. The three hops we came up with sounded so dang good as a combo, we couldn’t NOT make a beer with them! This is our biggest, smoothest, most aromatic hazy yet – and at 8.5%, it fits the bill as a true hop monster.

Triple Threat is available on tap and in cans at Cabin while supplies last.